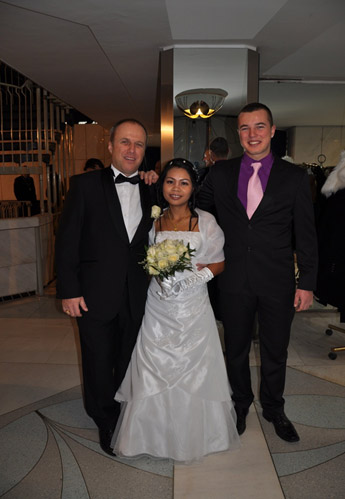 Ales and his lovely Thai wife Duangjai are directors and co-owners of Duangjai International Co. Ltd. in Thailand. Ales is also the owner and CEO of a company in Slovenia, which is being successfully present on the market for over 20 years. They have decided to invest in property projects in Thailand as they both love the country and want to create something beautiful. Since Ales' son, Tim, has finished school, he has had many experiences working in the field of hotel hospitality. He worked a whole year in a slovenian 4-star "apart hotel Birokrat" in Europe, as a receptionist, concierge and bartender. This was a kickstarter to his learning in the business. After he had moved to Phuket, Thailand, he worked in a restaurant of the four star "The mangosteen resort and ayurveda spa", as a bartender and waiter. After a few months, he decided to move to the front office of the same resort, and work as a receptionist and at the tour desk. When he decided to move from that position, he was working with the general manager of the resort for a short term, to learn hotel management skills, as he would soon need them. He would soon want such skills as manager of the family hotel business, as every family member wishes to contribute to the process of mutual creating in the most efficient possible way. The hotel is opened since september 2015 and its very successful, more and more popular between both tourist and local people with a great ratings on the biggest worlwide websites.